• To produce athletes performing at world-class standards
• Provide good training facilities
• Provide proper medical and physiotherapy support for athletes
• Ensure proper nutrition for athletes
• Provide guidance to athletes for total personal development and life after Track and Field
• Seek funding through sponsorship and other fund-raising activities
• Establish and maintain an office for the club
• Plan programme for community involvement
• Implement a comprehensive brand building programme including a marketing plan for the club.

Glen Mills started his coaching career as a student of Camperdown High School during the 1960’s. There, under the guidance of Coach Mc D Messam, he learned the art by assisting during after school hours. Later, he succeeded Mr. Messam as Camperdown’s coach, a position he held until 1999. Those were the days that earned Camperdown the name, Sprint Factory.
In 1987 he was named National Coach. In 2009 he retired from that position to make way, he said, for younger coaches.
In the 1980’s Racers was born.A small group of athletes from Camperdown and Kingston College were encouraged to continue their athletic development after high school, by training at the club. In 2009, the club was re-launched.

Training Facilities Racers Track Club trains at the University of the West Indies Mona, Kingston 6, Jamaica. BSW Regupol, German manufacturers, donated a Track to Usain Bolt. After securing a 20 year Lease for the use of the facility, the track was laid at the UWI field. The club now has the grass track, the gym and the all-weather track which satisfies all their training needs. 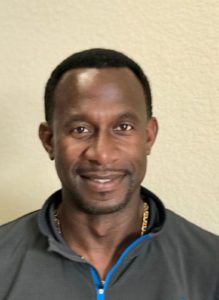